All creations are handcrafted in our own kitchen with pure, fresh, natural ingredients. We source our product at local farmer’s markets, apiaries, and specialty farms, supporting local sustainability. In the kitchen, we prepare in small batch sizes so everything is done by hand.

Whether you’re making a roux or reduction, you cannot replace a Chef with a machine!

Chef Becky is a Red Seal Chef and the proprietor of Black River Food Co. For the past 25 years, Chef has called Lake Country home and has been a fixture in the promotion of the local and craft food movement in the area. Chef Becky subscribes to a Farm-to-Table philosophy when it comes to food, and her culinary creativity and inspirations are the hallmark of her company.

She’s recently added Innkeeper to her list, operating all business at the historic Sir William Mackenzie Inn, a destination wedding venue in the Kawartha Lakes region. For the past 7 seasons, the Inn and its guests have benefitted from Chef Becky’s experience, as she’s handled all culinary requirements for weddings and events.

Chef has spent years perfecting her craft and has worked in prestigious establishments such as North 44 in Toronto and ClubLink golf associates at the Lake Joseph Club on Lake Rosseau. As the kitchen manager there, she was in charge of all conferences. Her team had the pleasure of cooking for celebrities such as Goldie Hawn, Kurt Russell, Tom Hanks, and Martin Short, as well as for NHL stars and even Kate Hudson’s 17th birthday party. Other notable establishments on her resume include Geneva Park Conference Centre and Cranberry Resort in Collingwood.

Chef has catered on-site movie productions, represented Savour Muskoka on stage at the Royal Winter Fair, and is a member of the Canadian Chef Association. She has also done a series of film shoots for Wild TV network and is published in several magazines such as Muskoka Life, Dockside, and TAPS: The Beer Magazine, and currently features a monthly recipe in The Villager Magazine in Severn Township.

Chef Becky has a loyal following in her food enterprises and never fails to stir up the culinary flavours!

"Remember:
You eat with your eyes!" 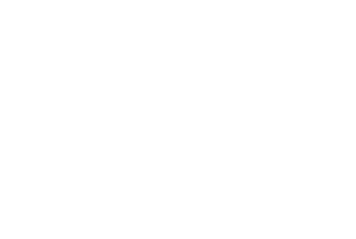